The Supreme Court of India has stayed the Verification Rules. Read more. 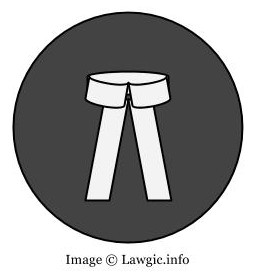 This article deals with the newly introduced Certificate of Practice and Place of Practice (Verification) Rules, 2015 under the Advocates Act, 1961. This article is being continuously updated. Check back soon.

To summarize, the aim of the rules appear to be to:

As per the Statement of Objects and Reasons:

The legal profession is an Honorable one and it has critical role to play in protecting and promoting the Civil and Constitutional rights of the people. An independent and fearless Bar is vital and crucial for sustaining and promoting a true and healthy democracy. The Bar which is subject to manipulation and influence from extraneous powers, howsoever mighty and esteemed they may be, cannot do justice either to the Legal Profession or to the Rule of Law. Trend of Advocates switching over to other professions/services/business without any information to the State Bar Council has reached alarming proportions. This trend is endangering the legal profession as a whole.
It has also made a dent in its sanctity and standards. Names of such advocates continue to be included in the “Roll of advocates” being maintained by the Bar association and State Bar Councils, not withstanding the fact that they have left the legal profession or have since died.
Under these circumstances it appears that a definite trend is visible that the control of Bar Associations and of other elected bodies under the Advocates Act is slipping out of the hands of the advocates who practice law. It is also being experienced that after certificate of enrollment is issued to an advocate, practically no communicative and continuing contact, survives between him and the Council.
Under the existing state of affairs, All India Bar Examination introduced on the directions/observations of the Supreme Court of India to improve the standard of legal profession has also failed to fully achieve its objective. Advocates enrolled with the State Bar Councils obtain “Provisional Certificate of Practice” (valid for 2 years) and thereafter most of them are practicing Law without caring to appear for All India Bar Examination and to pass it. Various welfare schemes for advocates have been floated in India both under Stale Legislation as well as under various welfare schemes framed by different State Bar Councils and by Bar Council of India but benefits there under are being enjoyed by those also who have left the profession. The Bar Council has also come to know that a number of fake (farzi) persons (without any Law Degree or enrollment certificate) are indulged in Legal practice and are cheating the Litigants, courts and other stake-holders. Shockingly, it has come to the notice of the Council that at some places, the office-bearers of Bar Associations or some vote-seekers knowingly make such people members and voters of their Associations with a motive to get their votes in the elections of Bar Associations or Bar Councils. Similarly. many persons, after getting enrolled as Advocates in any State Bar Council get involve in Property-Dealings, contract or switch over-to some other business, profession or job and have no more concern with the Legal profession. Such “non-practicing Advocates” are sometimes being used by some of the office-bearers/candidates for elections of Bar Associations or  Bar Councils (Only for their, votes). But in fact, the Council has realized that such practice is degrading the standard of Legal profession and this mal-practice has to be-stopped.

In order to maintain the dignity and standard of Legal profession, we shall have to oust fake people from the court-campus and we shall have to identify the “non-practicing Advocates”, (who are involved in other job, business or profession). We are to ensure that such Advocates do not involve in deciding the fate of our Associations and the Bar Councils; And such Advocates are not allowed to get any benefit of welfare schemes or to practice Legal profession so long as they are in any other business, job or profession. It is due to these reasons, the Council has decided to make provisions for identification of such fake persons and non-practicing Advocates. Under the circumstances the Bar Council of India has passed the rules and the various State Bar Councils have initiated steps to implement these Rules.

These rules will be applicable to all the advocates whose names appear on the State Rolls being maintained by the State Bar Councils under section 17 of the Advocates Act, 1961.

To whom are the rules NOT applicable?

These rules are not applicable to:

5(a) Exemption of certain categories of Advocates:-
However, it is made clear that the senior Advocates designated under Section 16 of the Act and the Advocates on Record of Supreme Court of India shall not be required to fill up the form for Verification. The senior Advocates and Advocates on Record of Supreme Court of India are simply required to send their two passport size photographs with their names and current Address to the concerned Bar Council through their respective Associations so that their names could be included in the voters list of State Bar Council. There is a separate form, ‘Form E’ for that purpose.

Since when have these rules come into force?

8. Application for verification of “Certificate to practice and place of Practice” by advocates enrolled on or before June 12. 2010:

8.1 An advocate graduating in law in academic year 2009-2010 ( 1st July 2009 to 30th June, 2010) and thereafter enrolled on the “Roll of Advocates” on or after June 12, 2010, is required to apply for issuance of “Certificate of Practice’ under All India Bar Examination Rules, 2010 and for verification of such “Certificate of Practice” from the State Bar Council in which he / she is enrolled as an advocate under Rule 9.

Rules for advocates enrolled prior to 2010:

8.2 An advocate having obtained graduate degree in law before the academic year 2010 & enrolled on the “Roll of Advocates”, is required to apply for verification of “Certificate of Practice and place of practice” from the State Bar Council in which he/she is enrolled as an advocate under this rule within a period of 6 months of the enforcement of these Rules/date of enrollment.

Summary of the Verification Process:

The application can be submitted by hand at the office of the State Bar Council and a receipt obtained or can be sent by Registered Post with AD.

What are the consequences for failure to get yourself verified as an advocate?

17. Consequences of failure to make application as stipulated by Rule 7 to 11:
That in case an advocate fails to make an application for verification of Certificate of Practice within such period/extended periods as provided for under Rules 8 to 11 and in case he fails to remove the shortcomings/defects in his application despite intimation under Rule 12 for a period of 6 months, it shall, prima facie, be presumed that the such an advocate has left law Practice and that he/she has no bona fide intent and interest in continuing it in future also

18. Follow up action against advocates who fail to respond and fall within the ambit of Rule 17 and Publication of “list of defaulting advocates”.

18.1 That the Office of the State Bar-Council -shall prepare a list of such defaulting advocate/advocates who has/have failed to apply for issuance/verification of Certificate of Practice within such period/extended period as provided for by these Rules or have failed to
remove shortcomings/defects in their applications despite intimation within the stipulated period of 6 months. This list may be titled as the “List of the Defaulting Advocates”.

18.2 All such advocates whose name/names have been included in the list of “defaulting advocates” shall be given due notice of the fact that their name/names stood included in the above list and further notice of this list shall also be given in the following manner:
i. One Copy of such List shall be displayed outside the Office of the Bar Council
ii. Copies of such list shall also be sent to such District/Taluka Bar Association /s to which such advocate/advocates belong as per the. Address last disclosed by him/her and also to the concerned High Court/Supreme Court Bar Association
iii. A letter of intimation that his/her name stands included in such list shall also be sent to the defaulting advocate at the address last disclosed by him/her under registered Post.
iv. This List shall also be published by the State Bar Council as per law.

What are the consequences of being a “Non-Practicing Advocate”?

(j) A non-practicing advocate means an Advocate enrolled with any State Bar Council, but is not in actual practice of Law and is engaged in some other public: or private job, business, contract etc. not related to Legal profession: and who has been so declared under Rule 13 and Rule 20.2 of these Rules and whose name stands published under Rule 20.4.

21. Non-practicing advocates as included in the list of “non-practicing advocates” not entitled to practice law and to other privileges and rights:
21.1 From the date of publication of the aforesaid list of non-practicing-advocates, all such advocate/s whose name/names has/have been included in the aforesaid list shall not be entitled to appear in any Court of Law, before any Tribunal or person legally authorized to take evidence and before any other authority or person before whom such advocate is by or under any law for the time being in force entitled to practice. Notwithstanding the fact that name/names of such advocates is / are entered in the State Roll and that he is holding certificate of enrollment under section 22 of the Advocates Act. Further name/s of such advocate/s shall not be included in the electoral roll for the purposes of elections to the State Bar Councils. Such an advocate/s shall cease to be a member of any Bar Association and further he/she shall not be entitled to cast vote/s in any elections of the Bar Associations . The status and rights of such advocate/s as advocate/s entitled to participate and receive benefits” under Welfare Schemes of Bar Council of India created under Rules 40 to 44 B of Section IV – A of Chapter II contained in part VI of the Bar Council of India Rules and other schemes floated by the State Bar Council shall come to an end w. e. f. the date of publication of the List /name/names of Non-Practicing Advocates under Rule 20.4 with the exception that such an advocate would be entitled to receive such benefits under the relevant scheme/s if any, which have already accrued in his/her favor.