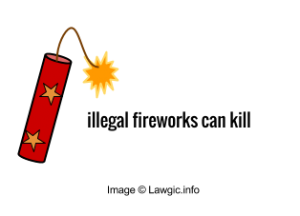 (1) The Controller may, if he is satisfied after making such inquiry, as he may think fit, that a Certifying Authority has –

(a) made a statement in, or in relation to, the application for the issue or renewal of the license, which is incorrect or false in material particulars;

(b) failed to comply with the terms and conditions subject to which the license was granted;

*(c) failed to maintain the standards specified in Section 30 [*Substituted for the words “under clause (b) of sub-section (2) of section 20;” vide amendment dated September 19, 2002]
(d) contravened any provisions of this Act, rule, regulation or order made there under, revoke the license:

(3) No Certifying Authority whose license has been suspended shall issue any Electronic Signature Certificate during such suspension.

24. Procedure for grant or rejection of license

The Controller may, on receipt of an application under sub-section (1) of section 21, after considering the documents accompanying the application and such other factors, as he deems fit, grant the license or reject the application:

Provided that no application shall be rejected under this section unless the applicant has been given a reasonable opportunity of presenting his case.

An application for renewal of a license shall be

(b) accompanied by such fees, not exceeding five thousand rupees, as may be prescribed by the Central Government and shall be made not less than forty-five days before the date of expiry of the period of validity of the license:

(1) Every application for issue of a license shall be in such form as may be prescribed by the Central Government.

(a) a certification practice statement;

(b) a statement including the procedures with respect to identification of the applicant;

(c) payment of such fees, not exceeding twenty-five thousand rupees as may be prescribed by the Central Government;

(d) such other documents, as may be prescribed by the Central Government.