This article explains the functions, rules and responsibilities of a Notary Public in India and describes the services and facilities provided by a Notary. 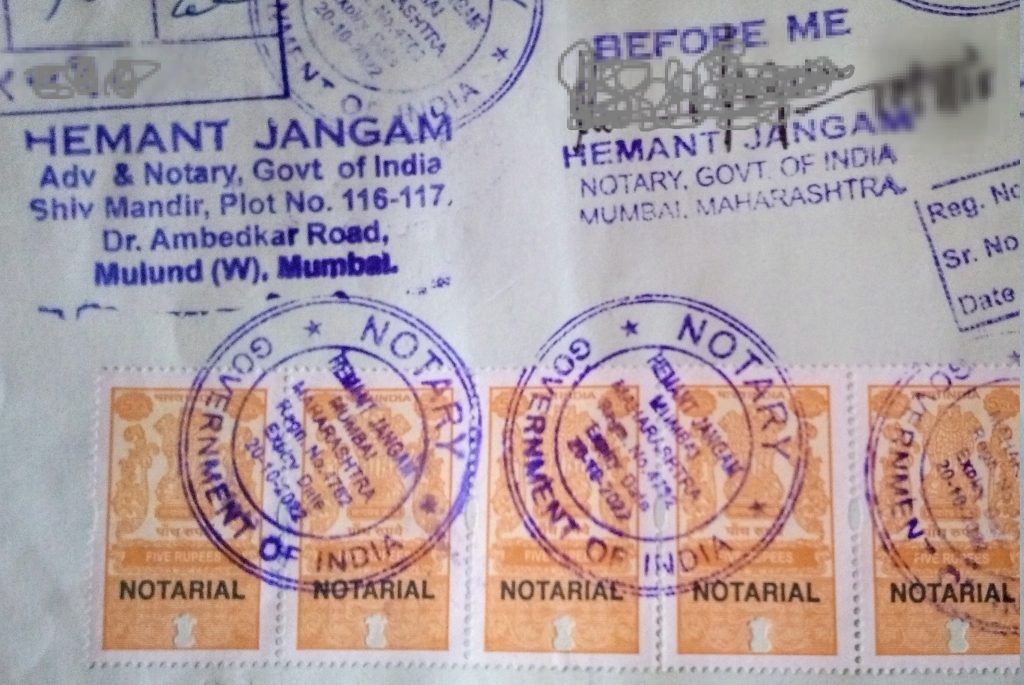 Who is a Notary?

A “Notary” or “Notary Public” is

Who appoints a Notary?

A notary maybe appointed by the:

By which act/statute is he appointed?

The notary is appointed under:

What are the fees that a notary can charge in India?

The rates of fees to be charged by a notary shall be displayed by him in a conspicuous place inside as well as outside his chamber or office.

*Read the full table of fees*

(c) for recording a declaration of payment for honour
Rs.75/-

(d) duplicate protests
half the charge for original

(e) for verifying, authenticating, certifying or attesting the execution of any
instrument
Rs.15/-

(f) for presenting any promissory note, hundi or bill of exchange for
acceptance or payment or demanding better security
Rs. 35/-

(g) for administering oath to, or taking affidavit from any person
Rs.15/-

(j) for translating and verifying the translation of any document form one
language to another
Rs.75/-

(k) for noting and drawing up ship’s protest, boat protest or protest relating to
demurrage and other commercial matters
Rs.150/-

(l) for certifying copies of document as true copies of the original
Rs.5/- per page minimum Rs. 10/-

(m) for any other notarial act
such sum as the appropriate government may fix from time to time.

* In addition to the above fees, a notary may charge the traveling allowance by road
or by rail at the rate of rupees five per kilometer. *

What is the Notarial Register? What does it contain?

What type of stamp(s) will the notary put? 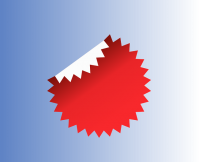 Every notary must use a plain circular seal of a diameter of 5 c.m. bearing

Putting of a red seal or sticker is not mandatory and does not have any effect on the authenticity of the notaries action.

Can I get a school or college mark-sheet notarized from a Notary?

Many people often go to a Notary to Notarize a school or college mark sheet, for submitting it at various places which require Notarized Marksheets. However a Notary cannot “Notarize” marksheets. They can “attest” them to be “true copies”.

Attestation is done by the Notary to certify that he has seen the original and compared the original with the photo copy and the copy which he has attested is a “True Copy” of the Original. When attesting a document, the Notary does not need to enter the information in his Notarial Register. He simply compares both documents and verifies the copy. Entry in the Notarial register is require when administering oath for verification of the documents.

Which laws give validity to the work of a Notary Public?

297. Authorities before whom affidavits may be sworn.
(1) Affidavits to be used before any Court under this Code may be sworn or affirmed before-
(a) 1 any Judge or any Judicial or Executive Magistrate, or]
(b) any Commissioner of Oaths appointed by a High Court or Court of Session, or
(c) any notary appointed under the Notaries Act, 1952 (53 of 1952 ).
(2) Affidavits shall be confined to, and shall state separately, such facts as the deponent is able to prove from his own knowledge and such facts as he has reasonable ground to believe to be true, and in the latter case, the deponent shall clearly state the grounds of such belief.
(3) The Court may order any scandalous and irrelevant matter in the affidavit to be struck out or amended.

85. Presumption as to powers-of-attorney.—The Court shall presume that every document purporting to be a power-of-attorney, and to have been executed before, and authenticated by, a Notary Public, or any Court, Judge, Magistrate, 1[Indian] Consul or Vice-Consul, or representative 2[***] of the 3[Central Government], was so executed and authenticated.

Section 100 in The Negotiable Instruments Act, 1881

Is there an official Government Website in India for Notary Public and details?

Yes. you can visit https://legalaffairs.gov.in/notary-cell for more information on Notary Public and related forms.

Yes, you can visit https://legalaffairs.gov.in/sites/default/files/List_Of_Notaries.pdf and download the PDF document which lists all Union of India appointed Notaries.

How to become a Notary in India?

To become a Notary in India, you need to fill up this form and submit it at the office of the Ministry of Legal Affairs.