Before complaining try to  take a photo/video of pandals and processions violating noise limits. Don’t forget to take a pic of their banner or name too.
Even if the Loud Speaker deadline has been extended upto 12 midnight for any festival, you can still complain about NOISE over 45 db at any time during the day or night, especially near silence zones like schools, hospitals, religious places and courts.

Complaints about Noise Pollution in Mumbai are taken very seriously by the Police. You do not need to give your name or any details except the offence being complained of. Complaints can be made on the numbers mentioned below:

Please send us feedback about your complaint experience and which method worked best for you at info @ lawgic.info

Thanks to lawgic website for guidance. I had to complain twice by SMS but noise was stopped by wireless van.

Why Complain? Should I not wait for the noise makers to stop?

You might have come to this page through a Google Search on Noise Pollution and may be affected by noise in your area. The fact that you had to come all the way here, shows that the noise is a nuisance which must be stopped at the earliest.

Waiting for the noise to stop is a good idea, if it is a momentary burst. But most of the time the noise problem is chronic.

The police is not going to get a dream about noise pollution in your area. They may also be hesitant to act on their own, but are waiting for an excuse to act against the offenders. That excuse maybe your complaint.

Everyone has a right to live peacefully, without any disturbance.

India maybe the only country in which noise goes unchecked, although we have strict laws on it. It is a contributory factor to so many youngsters migrating abroad to get away from this nonsense in our society.

Should I not wait for others to complain first? Why should I be the first one?

Others maybe thinking the same thing. More people complaining is the only way the police will react sooner in future.

Doesn’t the police have better things to bother about?

Let them decide that. You do your duty and let them do theirs.

They will definitely prioritize your complaint based on other complaints received at the same time.

A political party / religious group is making noise and having a long procession with loud music. I am scared to complain against them.

This is exactly why this article was written. Noise has no religion. It affects everyone.

In no religion, is the causing of public nuisance acceptable. Similarly, if any other religion were to make the same type of noise continuously, the others would not tolerate it. Hence, noise made by religious groups is to be treated with the same stick as any other noise.

Remember, you do not need to give your name or address or any other details. If the police are suspecting mischief by you, they can approach a Senior Officer and trace your number. This should give them a good enough reason not to insist on any other details.

Exactly like terrorism, Noise knows no religion. Noise will affect a Hindu, Muslim, Christian, Sikh, Parsi, Buddhist, Jain and even an Atheist, in the same way and in the same proportion.

Noise will have disastrous effects on a Shiv Sena worker, as much as it will be a pain for a Congress worker or BJP loyalist. All political party workers will be as much affected by the fire crackers as their rivals. Maharashtrians, Gujaratis, North Indians are all affected equally.

But still, if you feel that a certain religious building or group is making noise and it needs to stop, PLEASE COMPLAIN ABOUT IT. The cops will not ask you for your religious or political affiliation when registering your complaint. Neither will the court. 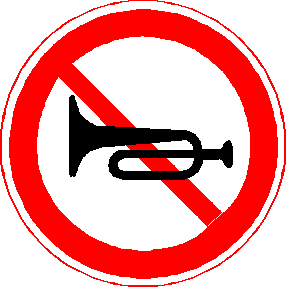