Lawgic.info endeavours to simplify the law, so that its understanding is easy. One of the ways of doing that is to teach law using visual aids, which is contrary to conventional practice.

I have not seen Law books which use flowcharts or infographics to explain legal concepts or statutes. Although some law books do use them to explain procedural aspects of law, the substantive aspects are neglected. 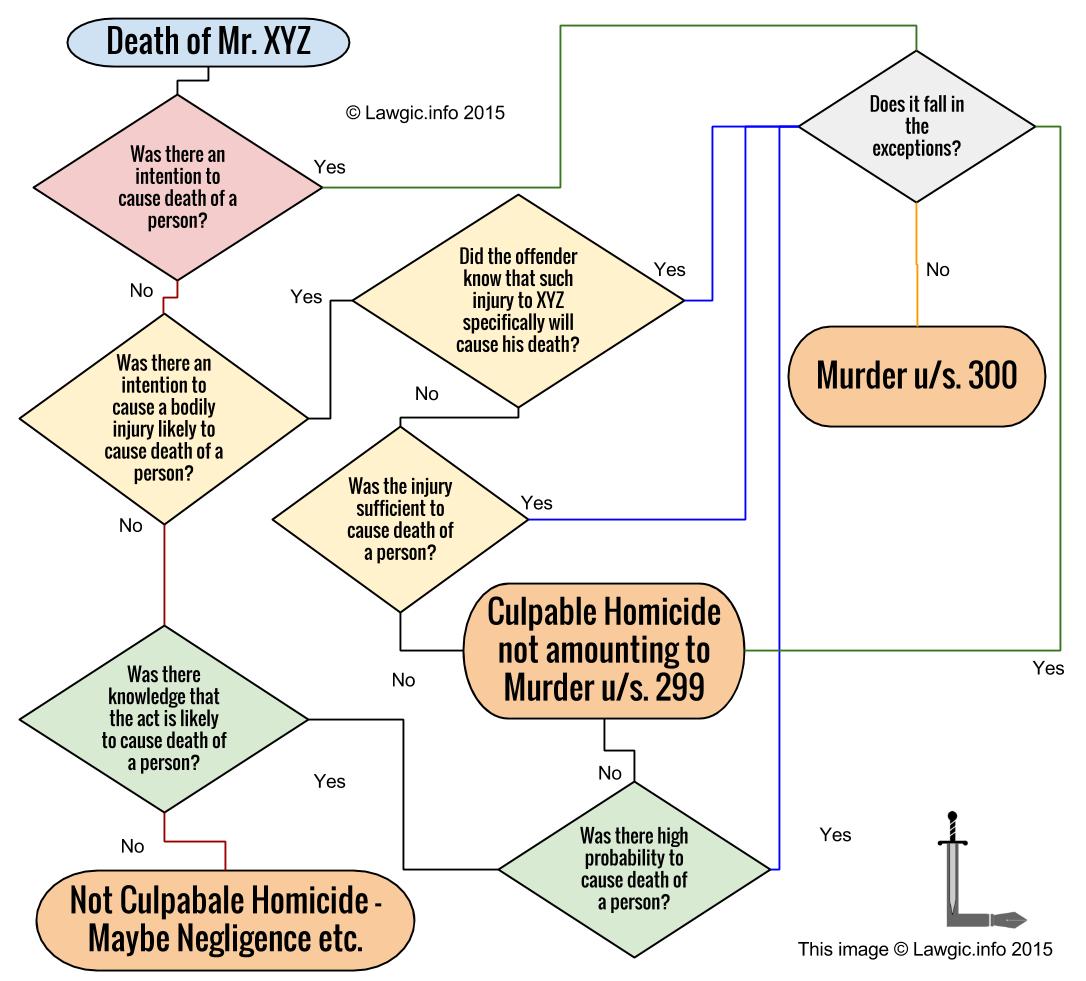 Murder is defined in the IPC as:

Culpable Homicide is defined in the IPC as:

This visual aid is for academic purposes only and cannot be used to interpret a specific case.
Was this visual aid helpful? If Yes, then do share it with others. If not, then do let us know why. Send in your improvements, error reports or suggestions to info [at] lawgic.info