How To Sue An Unprofessional or Unethical Lawyer in India 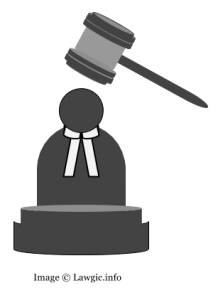 How To Sue An Unprofessional or Unethical Lawyer in India

Like all professions, the legal profession is also sprinkled with a few unethical and unprofessional lawyers. To top it off, they think that the mere fact that they are lawyers, gives them immunity from the law. This article deals with how to go about suing your lawyer and how to tackle legal malpractice.

Can a client sue their lawyer in India?

On what grounds can the client sue the lawyer?

I suspect that my lawyer has colluded with the opposite party in my legal matter, what action can I take against him?

An advocate is duty bound to the client, not to disclose the communications between himself and his client to any third party, without the express consent of the client. The advocate also has a duty  to make a full and frank prior disclosure to the client, regarding the advocates interest or stake in any matter for which the client wants to engage him. An advocate should not misuse or take advantage of the confidence reposed in him by his client.

Breach of any of the above standards makes a lawyer liable for disciplinary action. A formal complaint can be made to the State Bar Council or Bar Council of India.

What laws cover legal malpractice and breach of professional ethics of lawyers in India?

Currently, The Advocates Act 1961 specifically deals with professional misconduct by legal practitioners in India and deals with the procedure and punishment.

Rules on the professional standards that an advocate needs to maintain are mentioned in Chapter II, Part VI of the Bar Council of India Rules. These rules have been placed there under section 49(1)(c) of the Advocates Act, 1961.

RULES ON AN ADVOCATE’S DUTY TOWARDS THE COURT

RULES ON AN ADVOCATE’S DUTY TOWARDS THE CLIENT

RULES ON ADVOCATE’S DUTY TO OPPONENTS

RULES ON AN ADVOCATE’S DUTY TOWARDS FELLOW ADVOCATES

As per section 6 of the Advocates Act, 1961, the State Bar Council may entertain and determine cases of misconduct against
advocates on its roll.

If the advocate is NOT enrolled on the rolls of any State Bar Council then section 36 will apply i.e.:

36. Disciplinary powers of Bar Council of India
(1) Where on receipt of a complaint or otherwise the Bar Council of India has reason to believe that any advocate whose name is not entered on any State roll has been guilty of professional or other misconduct, it shall refer the case for disposal to its disciplinary committee.

To find out if a lawyer is enrolled with a State Bar Council, you can file an application under the RTI Act for the same.

35. Punishment of advocates for misconduct
(1) Where on receipt of a complaint or otherwise a State Bar Council has reason to believe that any advocate on its roll has been guilty of professional or other misconduct, it shall refer the case for disposal to its disciplinary committee.

This means that the State Bar can initiate suo motu action on its own, even without a formal complaint from any person, against an advocate on its rolls only.

Similarly under section 36, an advocate who is not enrolled on any State Bar can be prosecuted by the Bar Council of India (as above).

What is the procedure to complain against a lawyer?

What is the punishment for legal malpractice or professional misconduct by a lawyer in India?

This means that there can be three punishments for the advocate: