The Law On Taxi Meters and Motor Cabs in Maharashtra 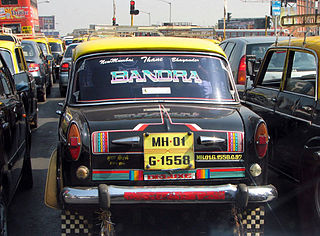 The Law On Taxi Meters and Motor Cabs in Maharashtra

The Maharashtra Motor Vehicles Rules, 1989 specify certain rules for the conduct of Metered Taxis / Motor Cabs in Maharashtra. Not only do most cabs not follow the rules, but they don’t even know them.

Below are the sections 21 and 22 from the Rules, which deal with motor cabs.

This article has been updated till 5-May-2015

21. Rules for conduct and duties of drivers of motor cabs.–

(1) The drivers of the first two motor cabs on any stand shall always stay near their cabs which shall be ready for immediate hiring by any person.

(2) All drivers shall move their cabs up as vacancies occur in the stand.

(4) No driver shall allow his cab to remain on the stand if it is disabled unless the disablement is of a temporary nature which can be immediately remedied and is so remedied.

(5) No driver shall allow his cab when it is not engaged to remain at any place other than a stand appointed for the purpose nor shall he loiter for the purpose of its being hired in any public place.

(6) No driver sail prevent or attempt to prevent the first cab on the stand from being hired.

(7) No driver whose cab has been engaged for some future time shall keep his cab on a stand unless he is willing to accept an intermediate engagement that may be offered.

(8) A driver of a motor cab shall in the absence of reasonable cause to the contrary proceed to the destination named by the hirer by the shortest and quickest route.

(9) No driver of a motor cab shall make use of his cab in connection with or for the furtherance of prostitution.

(10) No driver of a motor cab shall carry a cleaner or other attendant unless permitted specifically to do so by the Regional Transport Authority on such conditions as may be specified by it.

(11) No driver of a motor cab shall terminate the hiring thereof before he has been discharged by the hirer.

(12) No driver of a motor cab shall demand or exact any fare in excess of that to which he is legally entitled.

(13) No driver of a motor cab shall shout in order to attract a passenger.

(14) A driver of a motor cab shall at all times exercise all reasonable care and diligence to maintain his vehicle in a fit and proper condition and shall not knowingly drive the vehicle when it or any brake, tyre or lamp thereof is in a defective condition likely to endanger any passenger or other person or when there is not sufficient fuel in the tank of the vehicle to enable him to reach the next fuel filing station on the route.

(15) No driver of a motor cab shall solicit a customer except in a civil and quiet manner; nor shall he in any way interfere with any person boarding orpreparing to board another vehicle.

(16) A driver of a motor cab shall not smoke while on duty.

(17) A driver of a motor cab shall behave in a civil and orderly manner to passengers and others.

[(18) A driver of a motor cab or a permit holder when himself drives the motor cab, shall wear clean khaki shirt or bush shirt and khaki trousers. A driver of motor cab or permit holder when himself driving a motor cab shall display, a laminated identity card as illustrated in the Second Schedule to these rules, on the right side of the chest, issued by the licensing authority on payment of rupees fifty: Provided that, when drivers of such vehicles are or are likely to be called upon to perform duties in an emergency or to receive the training, the Government may, by general of special order, exempt such drivers from the operation of this sub-rule for such period as may be specified in the order.]1

[(18-A) If the identity card is lost or destroyed, a duplicate identity card shall be issued by the licensing authority by which it was issued on an application made in form D.I.D. of the First Schedule to these rules accompanied by a fee of twenty-five rupees. In case the original identity card is later found, upon the return to the issuing authority of the duplicate identity card, the driver of the motor cab or a permit holder, as the case may be, shall been entitled to a refund of twenty-five rupees. In case of suspension or revocation of driving licence by an authority or by any Court or ceases to be valid due to efflux of time, the driver or the permit holder, as the case may be, shall, within seven days of such suspension or revocation, surrender the identity card held by him to the authority by whom the same were suspended.]2

(19) A driver of motor cab shall maintain the vehicle in a clean and sanitary condition.

(20) No driver of a motor cab shall allow any person to be carried in any motor cab in excess of the seating capacity specified in the certificate of registration of the vehicle.

[(21) A driver of a motor cab shall not hold more than one laminated identity card issued by the licencing authority.]3

(22) If at any time the authorisation of a driver’s driving licence entitling him to drive a motor cab is suspended or revoked by an authority or by any Court or cease to be valid by the efflux of time, the driver shall within seven days surrender the badge to the authority by which it was issued.

(24) Notwithstanding the provisions of sub-rule (23), the driver may upon application in writing by a registered medical practitioner allow a person suffering from an infectious or contagious disease to be carried in a motor cab, provided that no other person save a person or persons in attendance on the person so suffering shall be carried in the vehicle at the same time.

(26) No person shall drive any motor cab unless once in every two months, it is disinfected with D.D.T. or any other liquid insecticide, approved for the purpose by the Surgeon-General with the Government of Maharashtra.

(27) The owner of a motor cab shall maintain and on demand by an officer of the Motor Vehicles Department of and above the rank of Assistant Inspector of Motor Vehicles or a Police Officer, produce for inspection a current register showing the dates on which the motor cab was disinfected from time to time,and shall also satisfy him that a mechanical spray which shall be used for the purpose of such disinfection is in working order.

(28) A driver of a motor cab shall, on demand by any Police Officer in uniform or an Officer not below the rank of an Assistant Inspector of Motor Vehicles, produce his driving licence for inspection.

(29) The driver of a motor cab shall at the conclusion of every journey make reasonable search in the vehicle for anything left by any passenger and shall take into his custody anything so found and shall as soon as may be convenient hand over the same to the Officer-in-charge of the nearest Police Station.

(30) The driver of a motor cab shall not, without the approval of its owner permit any other person to drive the vehicle.

(31) A driver of a motor cab shall, whenever the vehicle approaches an unguarded level crossing, cause it to be stopped and, after ensuring that no train is approaching in either direction, proceed to cross it.

22. Additional rules for drivers of motor cars fitted with taxi-meters.–

In addition to the rules specified in Rule 21,–

(a) The driver of every motor cab fitted with a taxi-meter shall not set it in motion before it is hired and shall stop it immediately the cab arrives at the destination.

Note.–A cab shall be considered to be hired from the time it has been engaged or if called from a distance from the time of such call;

(b) if the driver of any motor cab fitted with a taxi-meter which is hired by any person is unable to proceed owing to any defect in the mechanism or the tyres of the cab, he shall at once lower the flag to “stopped” position and shall not re-start his meter until such time as the defect is remedied;

(c) no driver shall cover or obscure the face of a taxi-meter under anycircumstances or at any time; and

(d) no driver shall without reasonable excuse refuse to let the cab for hire when the flag is in a vertical position.